Ministry of Infrastructure and the Environment

The basis for the project emerged during the first phase of the Green Deal Green Roofs. Tax differentiation can be put forward as an incentive for broader awareness on keeping rainwater local. The question is: how can tax differentiation be organized so the owner of a green roof pays less taxes, if this roof has a positive effect on the amount of rainwater entering the sewerage and purification system. In the project, attention was given to legislative, financial and technical aspects of tax differentiation for sewage charges, water tax and property tax.

AMBOR creatie guided the process as part of the Green Deal and developed the final report in collaboration with Stroom en Onderstroom.

To explore the possibilities for tax differentiation by 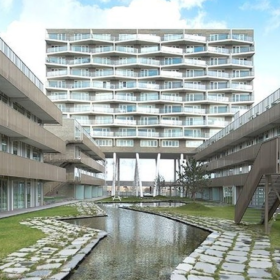